As CITES convenes its 19th Conference of the Parties, some of the largest seizures of CITES listed species in history are poised to be given back to the criminals who smuggled them out of Madagascar. Nearly 40,000 rosewood logs were smuggled out of Madagascar in 2014, in violation of the CITES and national embargos as declared by the CITES Secretariat in its Notices*.

These rosewood logs were seized by Singapore, Kenya and Sri Lanka, but due to the active and passive interference of various Malagasy government officials and aggressive use of the national court and political systems, these logs have now been ordered to be returned to the smugglers or put up for auction. These rosewood logs highlight a major weakness in CITES enforcement and CITES ability to control trade that is detrimental to the CITES-listed species being traded. While arrests are up, the risk of a successful prosecution or confiscation is minimal. It is much less risky to traffic in rare and endangered species than it is to engage in gun, drug or human trafficking. CITES must modernize and promote its model legislation and regulations to raise the stakes for the criminal syndicates undermining CITES. The CITES Secretariat must be giving the mandate and funding to aid countries that have seized listed species of their parts to enable countries to have the resources to successfully prosecute the criminals engaged in the illegal trafficking and make sure that the punishments are as severe as those for other international smuggling crimes: Jail time, severe fines and confiscation of seized animals, plants, or their parts.

Madagascar has proposed to take the 30,000 logs in the Official Stockpiles of rosewood and ebony out of CITES jurisdiction under the claim that the wood will be used “domestically” to restore buildings and to create handicrafts weighing up to 10 kg that will only be sold to “domestic” tourists. The plan contains no proposal for how wood supposedly for use in public buildings will be identified and tracked. There is no description of how logs released to make handicrafts will be monitored and prevented from export.

Since the stockpiles in Madagascar have not been audited and secure, there is no clear plan on how this trade will be managed to prevent a wave of illegal trade. Allowing the official stockpiles to be used without serious safeguards will create a laundering machine for the hundreds of thousands of logs from all of the “undeclared and “hidden” stockpiles hidden in plain sight throughout Madagascar, claiming that these logs are from the “official” stockpiles too. It In Madagascar, trees like rosewood and ebony are harvested illegally and with impunity. Freshly cut rosewood and ebony are the most prized so any legal trade will put the few remaining live Malagasy rosewood and ebony trees at risk. The Madagascar government just has submitted a Notification to CITES re-enforcing its intentions to begin using these logs that have been embargoed since 2013.

When Madagascar rosewood and ebony were listed on Appendix II in 2013, top scientists put together an Action Plan that was adopted by CITES that outlined the steps that are needed to evaluated whether any trade in Malagasy rosewood and ebony is sustainable and if so, to produce identification tools for Customs around the world to monitor this trade. In the last couple years, the Intersessional Advisory Group has aided the implementation of some of the elements of the 2013 Action Plan, but more is needed to be done. Madagascar must finally implement the Action Plan.

At CoP 19, we urge the CITES Parties, and the Governments of Madagascar, Singapore, Kenya and Sri Lanka to:

1/ prevent the approximately 40,000 Malagasy rosewood (Dalbergia spp. Fabaceae) and ebony (Diospyros spp. Ebenaceae) logs—hereafter called, “precious wood”—seized in Singapore, Kenya and Sri Lanka, from being returned to the smugglers who illegally exported them from Madagascar in 2014;

3/ extend and expand the mandate of the Intersessional Advisory Group to aid in the full implementation of all of the elements of the 2013 Action Plan and to formulate disposal plans for the seized logs and stockpiles that will not be detrimental to the survival of the Malagasy species of rosewood and ebony;

4/ take immediate steps to stop the ongoing illegal logging of precious wood from Madagascar, which is often unreported due to the economic conditions caused by the COVID-19 pandemic and subsequent enforcement void;

5/ provide the required expertise and technical resources to implement all of the elements of the 2013 Madagascar Rosewood and Ebony Action Plan, including identifying species, auditing and securing all of the stockpiles of rosewood and ebony, conducting non-detriment findings and improving forest governance to protect the remaining rosewood and ebony forests.

Madagascar is one of our planet’s richest biodiversity hotspots. But while the world stands by idly, deforestation of rosewood, ebony, and other unique tree species in this critical island habitat home to animals and plants found nowhere else on Earth, continues unabated.

Please support a working group to address each of these issues and empower the working group to amend the Draft Decisions on Malagasy Palisanders and Rosewoods (Dalbergia spp.) and Ebonies (Diospyros spp.) to incorporate all these actions. 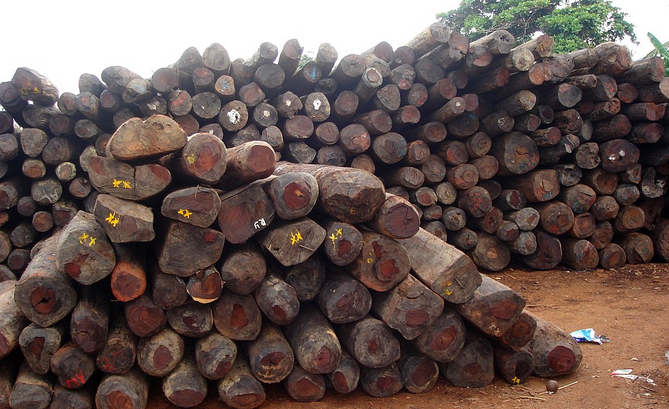 About the authors and the committee.

Mark W. Roberts is a lawyer. He has been working for several years for EIA inquiring on Madagascar rosewood. He knows CITES better than his personal pocket.

Derek Schuurman is a conservationist and activist. He has been writing about Madagascar and its rosewood crisis for over a decade. He is based in London, UK.

Lucienne Wilmé is a Madagascar-based researcher and conservationist. She has been compiling numbers and plotting graphs for over a decade on this topic.

Patrick O. Waeber is a researcher and conservationist. He has been documenting the Madagascar rosewood trade since the frenzy years of the early 2010s together with the members of the committee.

Committee to Protect Madagascar’s Rosewoods and Ebonies is a lose network of researchers, conservationists, activists, who believe that natural resources and richess deserve advocacy. This network has been documenting the Madagascar rosewood trade and trafficking since the late 2000s.

The Madagascar rosewood massacre, by Schuurman and Lowry, 2009

Rosewood of Madagascar: Between democracy and conservation, by Randriamalala and Liu, 2010

Uplisting of Malagasy precious woods critical for their survival, by Waeber et al., 2019

The elephant in the room: Madagascar's rosewood stocks and stockpiles, by Wilmé et al., 2020